The Mandalorian is Disney’s hit series based on the Star Wars Universe. Its growing success is obvious even though it has only aired three episodes (at the time of this writing). But beyond the scopes of the series itself, there is a much bigger game being played. In which this banner ad above is only a small part.

With its simple yet effective composition and text placement. The viewer is instantly drawn into the image of the western appearing Mandalorian. Whos mystery and confidence is equally apparent, even in a still image. 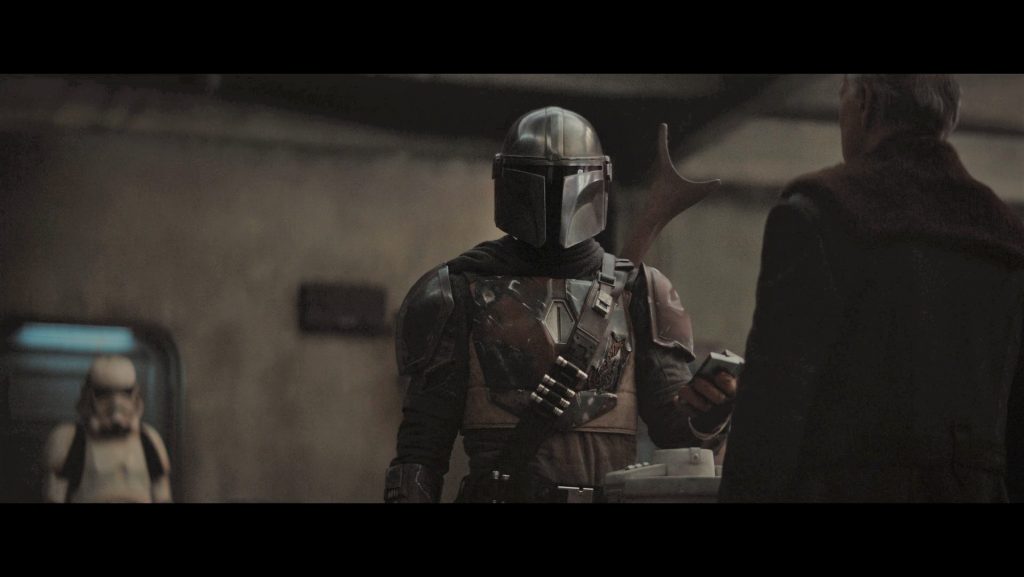 What is more, Disney+, which is Disney’s own streaming platform is offering the viewer a 7 day trial to see this show and engage with this new streaming service. Competing with the likes of Netflix, Amazon and Youtube.

Disney+ is clearly attempting to draw in its potential audience with its hit series.

But the question is, how effective will this be in the busy marketplace? Priced at $9 AUD. The Disney+ subscription is yet another subscription that will be added to the customers list of already bloating subscriptions.

It is unlikely for most to replace it with their existing subs ie Netflix. So in the majority of the cases it will be an additional subscription. And for the large segment of those giving the trial a go; they will sign-up, finish watching the series and most likely exit the service at a later point.

Even so, there will be a percentage of those who once enter, find other programs and content that they enjoy watching (the main objective with this campaign). For example if I were a young parent, perhaps Disney+ will also have something for my children. In a case where the parent is the entry point, but the family decides to keep the streaming service for their children.

There is also the legal route of binding the consumer to a contract, that will inevitably receive backlash, given that their competitors offer to “cancel at anytime”. Moreover, a general low value strategy that businesses somehow still continue to use. Alike to sexuality and status baiting.

But the real question is, how many more subscriptions can the market take and are willing to take? What happens in the mind of the consumer when making a decision? Does adding a new subscription mean they the minus another? And most importantly, is there a better way?

These are all valid questions that need to be asked when a business or platform such as Disney+ begins to engage the market. Though in Disney’s case, there will be some level of success for the time being. The audience is engaged enough to enter service (via Mandalorian) and most likely stay due to its engagement with Disney’s other famous IPs. Not to mention the other prominent brands available on the streaming service such as Marvel, Pixar and National Geographic.

The winning formula is present in this instance. And if Disney fails in its endeavours, it is perhaps a result internal incompetence, and misguided intentions, rather than a lack of value and engaging material.

But putting Disney aside, what does this mean for new businesses/brands going for a consumer based subscription model? No doubt, the challenges they face are far more pervasive.